Chat with us, powered by LiveChat
HOME > OUR PHILOSOPHY > VINEYARDS > Heintz Vineyard 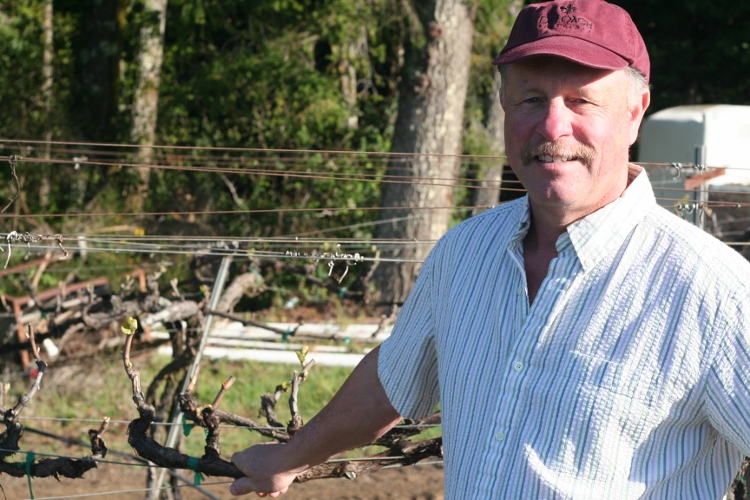 The Heintz family has been farming Heintz Ranch for over a century. Charlie’s grandparents first purchased the property in 1912, and grew many crops over the decades, including berries, apples, vegetables, and of course grapes. In the early 1900’s, the family grew Zinfandel as it was widely available and grew well in that area. Once Prohibition hit, the vineyards were replaced with apple orchards, which remained the primary crop until the early 1980s. In 1982, the family decided to reinvest and reinvent themselves in the wine world, leaving eight acres for apples, and the remaining acreage dedicated to planting Chardonnay.

Charlie, along with his eight siblings, spent many hours working on the ranch as they grew up, and in 1984, Charlie took over the reigns. Charlie’s dedication and continual improvements to vineyard management have led to the finest quality Chardonnay grapes. The southwestern facing vines are located in the banana belt of the Green Valley, and tend to ripen earlier than much of the valley. In addition to DeLoach, Heintz sells their grapes to the likes of William Selyem, Faila, and Kosta Brown.